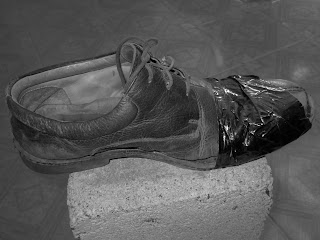 The first is my shoe right now. I had to wrap it in duct tape and then color it black with a sharpie to fix it. It had a big old 5 inch hole where it came apart from the stitching. Maybe I can find someone who fixes shoes to fix it for real, but until then... This is my shoe! I wear nice ones to church and special meetings... (I can´t switch into wearing my nicer pairs of shoes yet, I only have 6 months (6 months exactly today! 8 months total in the mission) in Honduras with them.) 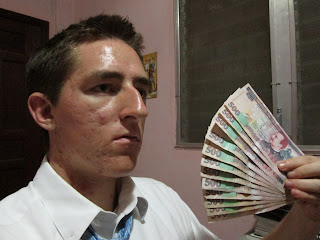 The second picture is of me with a lot of money. I´m just a high rollin´ gringo rolling around in my money in the middle of honduras... Or that´s what all the kids think as they beg me for ¨un peso¨ or ¨un lempira¨ as I walk through the streets. This money is a collection of money just to take this picture, I don´t actually own all of that money. 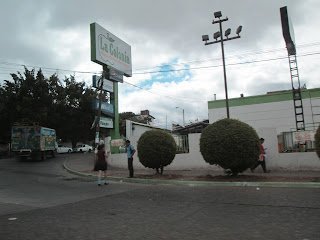 The third picture is a picture I took out the window driving down the road. I think that it´s of the Colonia grocery store. It´s one of the nicer places in town. 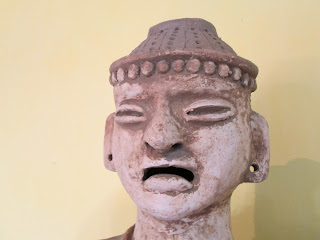 The first picture is of a statue thing at the art museum that we went to a few weeks ago. 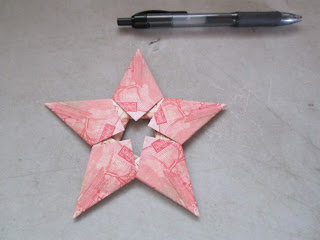 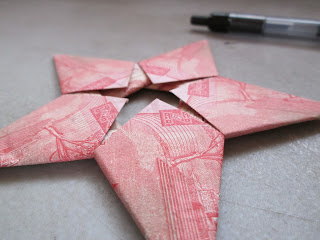 The next 2 are of a ninja star that I made out of lempiras. You use 5 lempiras to make one, and 1 lempira is worth like 5 cents, so this is probably the coolest thing that I know how to make out of one quarters worth of money. 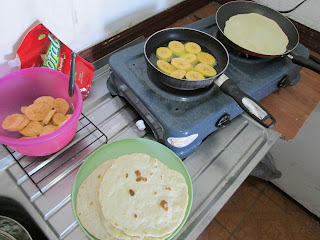 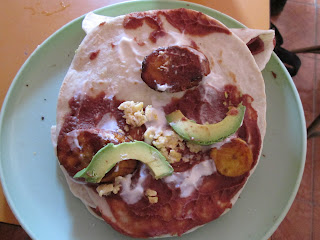 This was the day that we made baleadas. We had the Elders from the area right next to ours come over to help teach us how to make everything. We made the tortillas from scratch and cooked everything else all nice and fancy-like. So now you know what baleadas are. 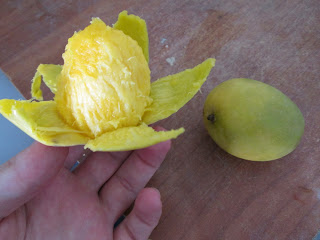 This first picture is of a mango. The mangos are super good when they´re this yellow color on the inside. People also eat green mangos, but I don´t like them until they´re ripe. They taste good, but have little hair things that get stuck in your teeth. 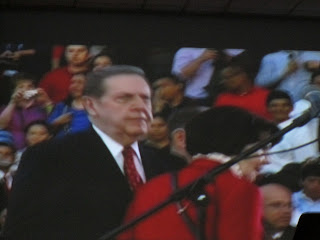 The next is a picture that I took of the culture night. It probably didn´t turn out super well, because I just took a picture of the projector screen. 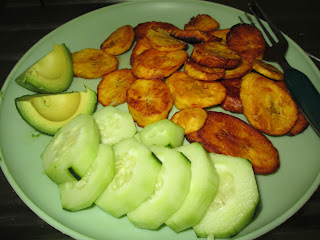 The last picture is a plate of veggies that I made for dinner one night. Fried platanos, cucumbers, and avocados. Sounds like a good dinner to me. Especially when I remind myself that the whole meal cost less than 50 cents. :P 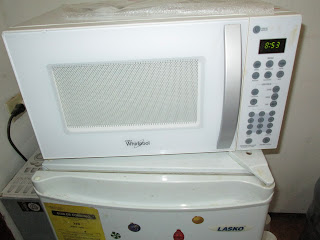 This first picture is our new microwave! Haha! Now we can make popcorn, and I can have leftover rice and beans if I accidentally make too much rice (which happens a lot). I was excited when we got the microwave, before I realized that they don´t sell anything here in Honduras that needs a microwave. They have some american microwaveable stuff, but it´s ridiculously expensive. 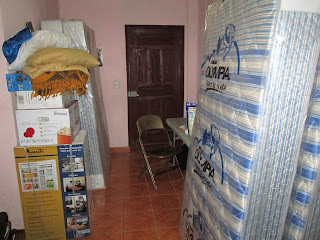 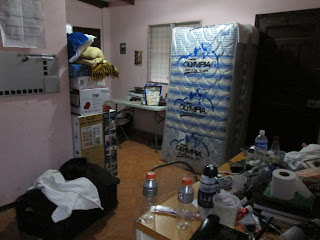 The next 2 pictures are of when we had the 2 extra elders living with us, with all of their stuff in our house. We were super cramped for a few days. 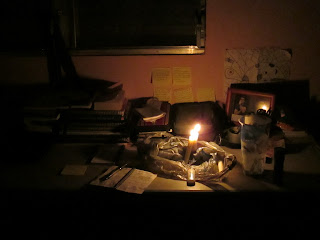 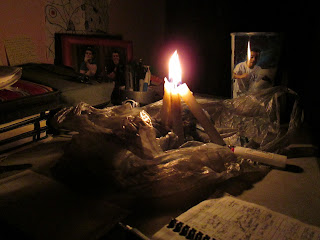 The first 2 pictures are of my power outage adventure last monday. 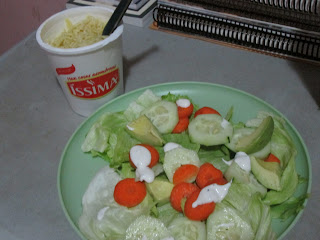 The other one is of cup of noodles with vegetables. I don´t like the freeze dried vegetables that they include in the package, so I dumped them out and ate real vegetables with my noodles. Also, you might notice that I have ranch on my plate. I completed my quest for ranch to put on my veggies! Yay! That was exciting. It seemed a little expensive - $5 for the bottle. But I don´t know if that´s too ridiculous.
I think that´s the end of my pictures that I needed to post. Hope you enjoyed!
Posted by Averianne at 11:50 AM No comments: